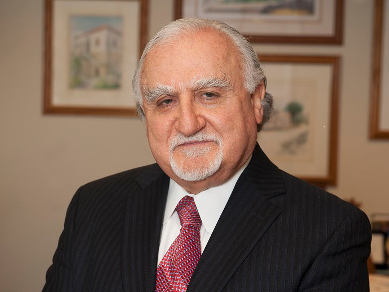 Philip A. Salem, physician, researcher, educator and international statesman in cancer medicine, serves as Director Emeritus of Cancer Research at St. Luke’s Episcopal Hospital in Houston and is the President of Salem Oncology Centre. Prior to his appointment at St. Luke’s, Dr. Salem served on the faculty of M.D. Anderson Cancer Center as professor of cancer medicine and research. In March 2010, St. Luke’s announced the establishment of a cancer research chair in his name to honor his contributions to cancer medicine. He is an active member of the top three cancer organizations in the world: American Society of Clinical Oncology (ASCO), American Association for Cancer Research (AACR) and European Society of Medical Oncology (ESMO). In the last 15 years he was selected annually in the editions of America’s Top Doctors by Castle Connolly. Because of his stature and impact on cancer research, he was invited to serve on the editorial boards of several prestigious cancer research journals. Dr. Salem is the recipient of many awards from all over the world for his contributions to cancer research. In the early 1970’s he was one of the first researchers to demonstrate that a chronic infection in the intestine may eventually lead to the development of cancer. His work on Immunoproliferative Small Intestinal Disease (a form of intestinal cancer), and the relationship between infection and the development of intestinal cancer has become a classic in modern medicine.