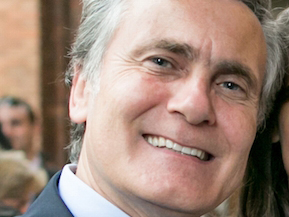 Medical doctor specialized in acupuncture, he is the president of the Italian Federation of Acupuncture Societies (F.I.S.A.) and t of the Association of Medical Acupuncturists of Bologna (A.M.A.B.).
Since 2000 he has been a member of the Commission for Non Conventional Medicine of the Medical Association of Bologna and since 2004 a member of the Regional Observatory for Non-Conventional Medicines of the Region of Emilia Romagna.
Vice President of the Pan European Federation of Traditional Chinese Medicine Societies (PEFOTS), in 2003 he collaborated with the World Health Organization to define the Guidelines for acupuncture research.
Teacher from 2004 in the elective course in Acupuncture and Principles of Traditional Chinese Medicine in the University of Bologna; since 2005 he has been part of the Joint Committee Ministry of Health - Government of the People's Republic of China for the promotion of high quality teaching and practice of traditional Chinese medicine in Italy.
Since 2014 he has been a member of the Steering Committee for the 2014-2017 CHETCH project (China and Europe taking Care for Health Solution), as part of the Marie Curie Actions; he’s visiting professor at the University of Nanjing (China).
He is co-author of the books "Dietetica Medica" and “Agopuntura-Evidenze cliniche esperimentali, aspetti legislativi e diffusione in Italia”, Casa editrice Ambrosiana.